Rereading The Eye of the World, chapters 31-36

In which Rand and Mat are on the road, Rand and Mat learn to trust a skinny innkeeper, Rand channels, Rand’s channeling leads to Mat suffering temporary blindness (foreshadowing!), Rand and Mat make it to Caemlyn, and Loial is introduced (aww). 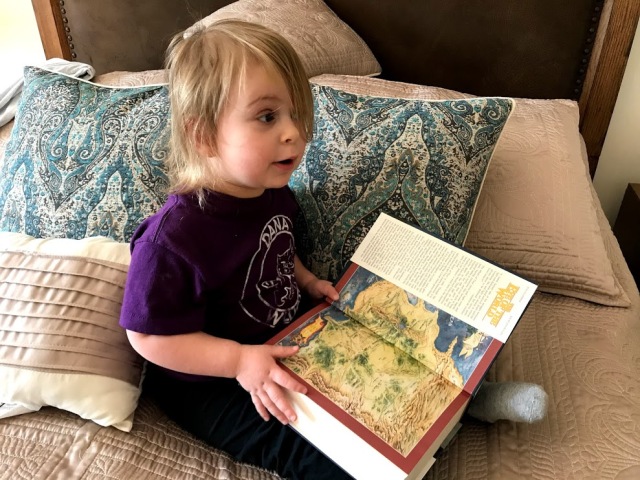 They are sick and broke in a uncaring world without even their friends beside them.  The Wheel of Time tends to give us a lot of everything.  You can do that when your series is over four million words.  But this is something we see very little of.

Rand and Mat’s relationship is important to the series, but they are rarely together.  Their relationship through most of the first trilogy is shaded by Mat learning Rand can channel and by the dagger.  So this sequence is going to wind up doing work for the next four million words or so.  Rand always felt closer to Mat than to Perrin for me, and this sequence is the reason.

This is also our only real window into Mat’s character at the start of the books.  He spends so long under the shadow of the dagger, then jumps right into his character arc in book 3.  (He also wakes up already a changed man.)

And I haven’t even mentioned the introduction of one of the series’ great cities (Caemlyn), one of its great characters (Loial) and to some great worldbuilding (the Ogier).

I completely missed that Rand channels here my first time through, by the way.

Blogs on books at Every Day Should Be Tuesday (speculative fiction) and Hillbilly Highways (country noir and nonfiction). https://everydayshouldbetuesday.wordpress.com/ https://hillbillyhighways.wordpress.com/
View all posts by H.P. →
This entry was posted in Fantasy, Sundry and tagged Epic Fantasy, Reread, Wheel of Time. Bookmark the permalink.

1 Response to Rereading The Eye of the World, chapters 31-36