The great Game of Thrones rewatch continues with season 4.  It is a strong season—maybe the strongest of the first four after season 3—but it both suffers from only covering part of the best A Song of Ice and Fire book and from losing most of the best parts of that book to season 3.

On the other hand, the sequences with both Missandei and Grey Worm and Aryan and the Hound are great.  Can we stop and talk about how great Maisie Williams is?

Benioff and Weiss are very good to great both at straight adaptations of Martin’s material and at making pragmatic changes necessitated by the medium.  They are very much not, on the other hand, good at writing their own material.  This issue will become far worse going forward, but we have our first significant sign of it in season 4 with the pointless raid on Craster’s Keep, rivaled in pointlessness only by Yara’s raid on the Dreadfort (taking one very fast ship around an entire continent).

(Well, there is one very big point.  The final scene in episode 4 suggests that Craster may be entirely responsible for the return of the White Walkers.  So, uh, Mormont’s decision to tolerate Craster because he helped rangers north of the Wall isn’t looking so hot.) 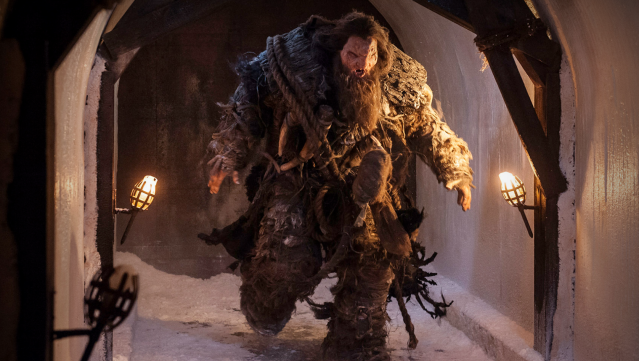 No, the twin highpoints are something else.  And two highpoints means two wham episodes this season, not just one.

First the trial of Tyrion leads to Prince Oberyn v. The Mountain.  Pedro Pascal is great, and Hafþór Júlíus Björnsson is the best Mountain yet.

Then we get the battle at the Wall.  Owen Teale’s portrayal of Ser Alliser Thorne is highly underrated.  The fight between Jon and the Thenn is the best bit, but from end-to-end it is a tense, exhilarating spectacle.

One big reveal notwithstanding, season 4’s dragon and ice zombie content is sorely lacking.  A couple giants go a long way, though.