Throwback SF Thursday: Where to Start with Isaac Asimov 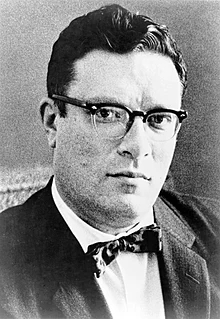 I should really be hitting you with an honest-to-God book review today, but: because real life intrudes, because I haven’t finished the book, because I’m inspired by reading Alec Nevala-Lee’s history of John W. Campbell’s editorship of Astounding, because Vintage Science Fiction Month approaches, and because I need somewhere to store all of the recommendations I’ve been getting, I am going to talk about reading Asimov for the first time instead.  “What!?” you say, “What kind of weirdo hasn’t read Asimov?”  Well, me.  Two-plus years after starting Throwback SF Thursdays, I remain criminally underread in pre-1980 speculative fiction, and I am particularly underread in science fiction, which, relative to fantasy, has never been my thing.

Since I read older speculative fiction year-round, I like to focus a bit more for Vintage Science Fiction Month in January on science fiction rather than fantasy.  One of my posts this year will be on Nevala-Lee’s book, and it makes sense to read related works for my other posts.  So, at the very least, I will read and review a Heinlein and an Asimov.  With a couple Heinleins under my belt, I have a decent handle on where to go next with his work.  But I have not only not read Asimov, I don’t even know all that much about his body of work.

So I reached out to the wisdom of the Twitter crowd (don’t laugh).

… and never, ever read "The Gods Themselves."

Andrea from the Little Red Reviewer spoke up for the I, Robot stories, although the Hugo Award book club refused to back off of Nightfall:

But Nightfall is so, so good …

Jacob from Red Star Reviews put in a good word for the expanded version:

I liked Nightfall the novella but I thought the Nightfall book he wrote with Robert Silverberg was better. Really great story with either choice there! I’m with @redhead5318 on going to his Robots and Empire books but that’s just personal preference because I liked them so much!

IMHO, the first-published Foundation Story (“The Encyclopedists”) stands on its own very well. It’s one of the best things he ever wrote.

John Schmidt gave me options with both a short story and a novel:

Kevin Xu points out that the Robot stories and the Foundation series are set in the same universe and recommends reading them in publication, not chronological order (#TeamAlwaysPublicationOrder):

I recommend I, Robot, that actually begins his Foundation series because in the mid 80s he combined his Robot and Galactic Empire together into his Foundation together. I recommend you read all of it in publication order. If you read in chronological order, too much spoilers.

Nick Borelli from Out of This World SFF Reviews suggests putting off Foundation because it is the heavier work:

PC Bushi of Bushi SF/F, though, stands up for Foundation:

Read Foundation. I, Robot is overrated. I did like the robot novels, though.

…while admitting I, Robot’s place in the science fiction canon:

I mean if you're interested in SFF canon, sure, read I, Robot. Then you can say you've read it. Or if you plan to read Asimov's entire body of work and want that background. But if you want an enjoyable read (and also mentally stimulating), I would recommend Foundation.

Nathan, the Pulp Archivist, second’s the importance of I, Robot, pointing to its cultural impact:

I, Robot is a must-read for cultural impact, though, especially since roboticists are still enamored with the Three Laws.

Nathan points to another story that has sent out ripples still being felt today:

The Fantastic Voyages… also needed, because people still are riffing on the idea today.

(Wikipedia tells me that Asimov only wrote the novelization of the movie, although his book came out first.)

Kevin Xu makes another recommendation that he describes as “pulpy,” which is always a feature, not a bug around here:

The Lucky Starr books series are also a great place to start that are fast, quick, and light pulpy adventure stories to read that does not take long and much to think about, even though the whole series have been oop for close to 20 years.

Parties disagree as to which Foundation books are worth reading:

Oh, I disagree. There are seven by Isaac Asimov and three by Greg Bear, Gregory Benford and David Brin. And Robots and Empire ties in closely enough. Then read Pebble In The Sky. But I might love Foundation *too much*.

Mark from Kaedrin jumped in with some last minute recommendations:

Also! The End of Eternity is a good, tiny (150 pages or so) standalone time travel story. But then, I haven’t read any of these for, like, 20 years, so take with the appropriate boulder of salt…

I wound up with a lot of disparate recommendations, which doesn’t surprise me, although the sheer number of responses did.  PC Bushi sums things up:

So in conclusion, HP, you must read all of Asimov's books so you can appreciate all the other ones.

I am leaning toward swinging by the used bookstore on my way home today and seeing what they have, with an eye toward grabbing a short story collection that includes Nightfall and with The Caves of Steel as a backup.  (Alec Nevala-Lee makes a big deal about the importance of Nightfall in his book.)

What do you think.  Where would you tell someone to start with Isaac Asimov?

19 Responses to Throwback SF Thursday: Where to Start with Isaac Asimov