If there was any fantasy movie boom post-Lord of the Rings, it was a disappointing one.  Will Game of Thrones produce a fantasy TV boom that fares any better?  It has taken several seasons, but it looks like a boom is finally gearing up.  Netflix and Showtime announced TV adaptations of The Witcher and Name of the Wind (the latter to be a prequel series).  A Wheel of Time project appears to still be in the works—the only question is where.  I pointed to Amazon in a post looking in detail at the challenges of adapting the Wheel of Time.  But first Amazon announced they inked a deal for a Lord of the Rings prequel series.  And now Amazon announces they have optioned rights for a Conan TV series. 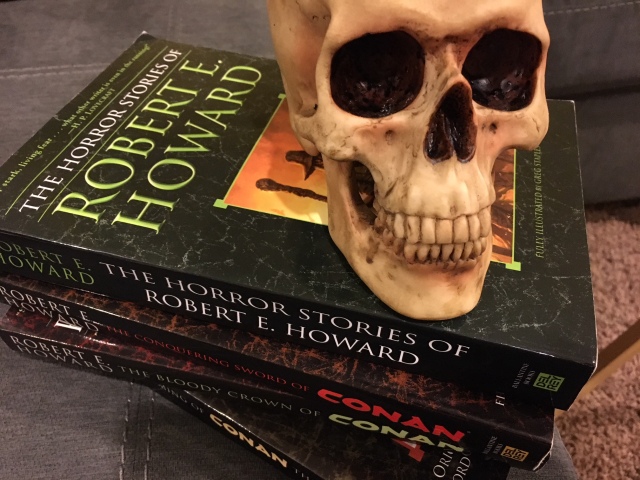 Conan is better suited to TV than to movies.  The nature of movie storytelling pushes the creators to give it a definitive beginning-middle-end.  If you’ve read Howard’s Conan stories, you know that Howard gives Conan neither beginning nor end.  You can try to short circuit that to set up a cinematic universe (please God no, not again), but that often hamstrings the movie that is supposed to kick things off.[1]  A Conan movie has the additional problem of living under the shadow of the original 1982 movie.  A movie that is great in its own right but that takes Conan away from his canon and undercuts any potential sequel.  The 2011 movie makes nods toward the original canon but suffers too much from basically being a remake of the 1982 movie. 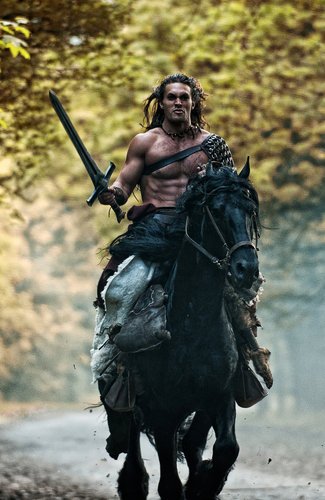 (I agree with Bob Freeman, by the way, that Momoa deserves another shot as Conan.  He has the look and the physicality.  Conan isn’t just strong he is powerful—he has speed and agility to go with that strength.  Momoa breaks away from the idea of Conan as musclebound.  They don’t even have to erase the 2011 movie; just ignore it.)

I already gave my solution to the movie problem: any new Conan movie should take a page from Mad Max.  Make it someone else’s story, and let Conan play the role of wandering hero.  This actually fits really well with the original stories.  I take it as a very good sign that the creators are signaling they want to return to the source text.  Howard only wrote one Conan novel—Conan’s bread and butter was more around the novelette range.  Which can work really well for TV.

But for Crom’s sake, abandon the trend toward serialization and focus on episodic storytelling.  Sure, some of the stories will need two or three or maybe even four hours to tell, but having your own delivery vehicle gives you the chance to experiment.  Amazon can put out a three hour episode.  Or, better yet, cluster episodes that make up a single story together within the Amazon Video GUI so that it is obvious to viewers.  Don’t want to start a multi-episode story?  Just skip ahead and watch a single episode story.  Look, I love serialization, but innovators make new trends, they don’t just follow old ones.

I did a deep dive into Conan over the summer.  You can find all the posts that resulted here.

[1] A better idea: Tell the creators to make the best movie they can make, leave it all on the table, and don’t worry about sequels.  If—if—the movie is a big hit, figure out how to make the cinematic universe work after the fact.

Blogs on books at Every Day Should Be Tuesday (speculative fiction) and Hillbilly Highways (country noir and nonfiction). https://everydayshouldbetuesday.wordpress.com/ https://hillbillyhighways.wordpress.com/
View all posts by H.P. →
This entry was posted in Fantasy, Sundry, Throwback SF and tagged Conan, Retro SF, Sword and Sorcery. Bookmark the permalink.