With The Last Jedi, Rian Johnson Took a Page from Brandon Sanderson

I liked The Last Jedi.  But I didn’t love it.  Or, rather, I loved parts of it and had real issues with other parts (you can find those thoughts in depth here).  Opening up Brandon Sanderson’s Mistborn trilogy, I was surprised to learn that, with The Last Jedi, Rian Johnson appears to be doing something very similar to what Sanderson has already done.  Taking a closer look can tell us more about just how good (or bad (or mediocre)) The Last Jedi is, and what Disney needs to deliver with Episode IX.

Spoilers for The Well of Ascension by Brandon Sanderson and The Last Jedi after the jump.  Spoilers for The Final Empire as well and to a lesser extent for The Hero of the Ages. 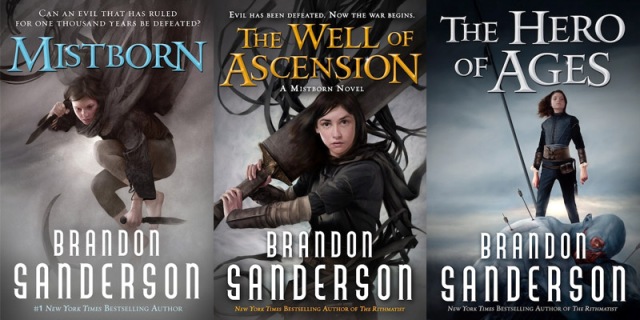 So what the heck am I talking about?  In both The Last Jedi and The Well of Ascension, the heroes don’t just fail.  They fail by their own actions.  And those failures render long stretches of plot not just superfluous, but actively pulling the heroes away from their ends.

In The Last Jedi, Rey tracks Luke down in an attempt to receive training and recruit Luke back to the cause.  He begrudgingly provides only limited training, and refuses to leave his island, let alone his planet.  Rey leaves prematurely only to discover she was manipulated into doing so by Snoke. 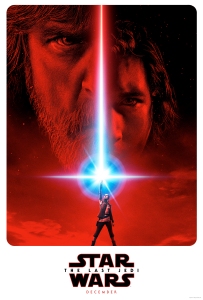 In the other main plot thread, Poe destroys a First Order Dreadnought, but at too high a cost.  Admiral Holdo takes over command of the Resistance remnant after the entire command structure is killed or disabled.  Poe and Finn respond to her seeming incompetence by mutinying and recruiting a codebreaker to infiltrate the First Order flagship.  Poe’s mutiny is foiled with the return of Leia.  Finn and Rose’s efforts fail when they are captured on the First Order flagship.  Worse, their presence reveals Admiral Holdo’s plan to the First Order, resulting in the death of a large portion of the remaining Resistance.  The Resistance survives the movie, but only a remnant of a remnant, and only with Luke’s heroic sacrifice (a sacrifice that would have been unnecessary but for Rose foiling Finn’s own attempt at heroic sacrifice).

In The Well of Ascension, book 2 of Brandon Sanderson’s Mistborn trilogy, Vin et al. face similar setbacks.  Vin killed the evil Lord Ruler at the end of book 1.  In book 2 we learn that the Lord Ruler may have been all that stood between Vin’s world and a far worse evil.  Faced with the imminent destruction of Luthadel, Sazed lies to Vin, feeding her false information on a prophecy.  (A pointless gesture robbing her of agency, much like Rose with Finn.)  When Spook reveals the game in shame, Vin rushes back to die with her friends.  But she is robbed of the opportunity for heroic sacrifice.  Her return allows her to reach the titular Well of Ascension.  Unlike the Lord Ruler, she gives up the power in the Well.  Thus releasing god of entropy Ruin from his prison and triggering the near certain end of the world and all life upon it.  Sanderson reveals that Ruin manipulated Vin into releasing him by changing key information (the original info was in steel, which Ruin could not change, but Sazed made a rubbing so he could study the inscription at his leisure—that is what Ruin changes). 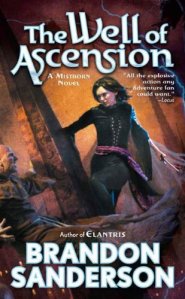 In both The Last Jedi and The Well of Ascension, attempts at heroism not only fail but backfire.  After the Last Jedi, Luke is dead and the Resistance is left with a Millennium Falcon load of people.  The First Order has lost a flagship and a leader but remains formidable.  Worse, the rest of the universe has turned its back on the Resistance.  After The Well of Ascension, Clubs, Tindwyl, and Dockson are dead and Luthadel sacked.  The armies that had threatened Luthadel are neutralized, but Ruin has been released and will not be able to affect the world directly.

Contrast this with The Empire Strike Back (shoot, I should have included a spoiler warning for ESB).  The Empire Strikes Back opens with the Rebel Alliance being driven from their base on Hoth.  Later, in Cloud City, Lando betrays Han and Leia.  Luke responds by leaving his training with Yoda prematurely.  Han is frozen in carbonite and given to Boba Fett for delivery to Jabba the Hutt.  Lando, though, has a change of heart and saves Leia.  Luke loses his hand and learns the terrible truth of his parentage but is saved by Lando and Leia.  The good guys face enormous setbacks, but it isn’t necessarily dark, nor does it have the nihilistic edge of TLJ or The Well of Ascension.  They punish heroism; ESB does not.  Luke’s rash decision to rush to his friend’s aid in Cloud City has no permanent negative consequences (his hand is replaced with a robotic one apparently equally as good) and is presented as commendable.  Han is captured, but through no fault of his own.  Lando betrays his friends but has his heroic redemption. 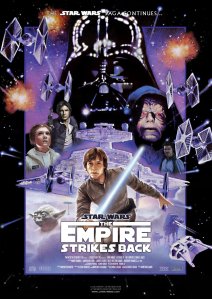 Now, this sort of thing doesn’t (necessarily) ruin a series.  I still liked The Last Jedi (and, frankly, the issues with the movie were less with this basic approach than with execution).  I like The Well of Ascension a lot.  But The Well of Ascension is a 4-star book; The Final Empire and The Hero of the Ages are 5-star books.  The Last Jedi is no The Empire Strikes Back.

Taking this tack is a tall order for a creator, and one with uncertain payoff.  Critics laud The Last Jedi for showing us that heroes are fallible and that heroism can be harmful.  This is nonsense.  Anyone with parents knows that heroes are fallible.[1]  If the real world weren’t enough, you can easily find any number of examples in popular culture (Is Vic Mackie an infallible hero?  Don Draper?  Ned Stark?).  Mere presence of a trope isn’t worthy of any accolade if it is common enough to be a trope.  This particular tack isn’t common, but it is merely a fuller expression of something very, very common.  The proof in the pudding, then, comes with execution (also known as “perspiration,” in the 1% inspiration/99% perspiration formulation).

So does The Last Jedi succeed where The Well of Ascension fails?  Vice versa?  Do both succeed?  Neither?  The truth is that I can’t say definitively.  Like most second act movies, a full judgment cannot be made without considering the third and final act (say what you will about Return of the Jedi—without it, The Empire Strikes Back would have been nothing).  The Well of Ascension is as good a book as it is, in part, because Sanderson is a damn fine writer, but more because of what The Hero of the Ages does with the wreckage left by The Well of Ascension.  Vin and Sazed get their chance for heroic redemption.  You can defer it, but the heroism and the payoff simply must come.

Rian Johnson leaves Star Wars with even more riding on the third movie.

Blogs on books at Every Day Should Be Tuesday (speculative fiction) and Hillbilly Highways (country noir and nonfiction). https://everydayshouldbetuesday.wordpress.com/ https://hillbillyhighways.wordpress.com/
View all posts by H.P. →
This entry was posted in Sundry and tagged 2018 Hugos, Brandon Sanderson, Star Wars. Bookmark the permalink.

6 Responses to With The Last Jedi, Rian Johnson Took a Page from Brandon Sanderson