Review of The Bones of the Earth by Rachel Dunne 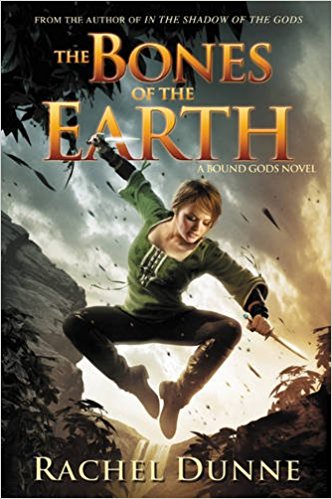 In the Shadow of the Gods was going to be a tough act to follow.  Not just because of how good it was, but structurally as well.  Dunne spends a lot of time in her first book building out the backstory of the main characters and putting through a Trauma Conga.  How does she repeat or build on that?  Dunne does, in fact, manage to continue to traumatize her characters greatly, and without having to resort to flashbacks.  It leads to some great character development.

That character development does come at some expense to the overall story.  The Bones of the Earth has a more satisfying conclusion than In the Shadow of the Gods, but it is still a slow burn.  Character development is great!  But it should always be in service of the story.  But we may be left waiting until book 3 for a full payoff.

I can’t say why without spoilers, but I’m sorely tempted to change my review tags from Grimdark and High Fantasy to Dark Fantasy and Epic Fantasy after the end of this book.

Dunne’s prose remains a highlight.  Most of the main characters were together by the end of the first book, but they are quickly separated in book 2.  Some storylines interested more than others, but almost every chapter had me wishing I could keep reading that storyline.  I had a tight turnaround to get this review up today, but I didn’t have to push myself at all to get through it.

If In the Shadow of the Gods was Skal’s book, The Bones of the Earth is Rora’s.  I miss the snow from the first cover—and The Bones of the Earth will certainly still make you feel a summer chill!—but the choice to put Rora on the cover is certainly appropriate.  And they do a good job.  She is represented as slight, and you can even see a broken blue stone on one of her daggers.

Disclosure: I received an unsolicited review copy from the publisher.

Blogs on books at Every Day Should Be Tuesday (speculative fiction) and Hillbilly Highways (country noir and nonfiction). https://everydayshouldbetuesday.wordpress.com/ https://hillbillyhighways.wordpress.com/
View all posts by H.P. →
This entry was posted in Book Reviews, Fantasy and tagged Grimdark, Harper Voyager, High Fantasy. Bookmark the permalink.