I am adding a new weekly feature to the blog.  I’m an attorney in meatspace and read a lot of legal blogs that frequently have a speculative fiction connection.  I will collect and summarize/link to the most interesting each week.  They can either be serious (a summary of amicus arguments in the Apple e-books antitrust case) or silly (a Turkish court empaneling experts on Gollum).

by Geoffrey Manne at Truth on the Market

Earlier this year a divided panel of the Second Circuit ruled that Apple “orchestrated a conspiracy among [five major book] publishers to raise ebook prices… in violation of § 1 of the Sherman Act.” Significantly, the court ruled that Apple’s conduct constituted a per se unlawful horizontal price-fixing conspiracy, meaning that the procompetitive benefits of Apple’s entry into the e-books market was irrelevant to the liability determination.

As the Supreme Court held in Leegin, condemnation under the per se rule is appropriate “only for conduct that would always or almost always tend to restrict competition” and “only after courts have had considerable experience with the type of restraint at issue.” Neither is true in this case. . . .

Furthermore, the conduct at issue in this case — the use of “Most-Favored Nation Clauses” in Apple’s contracts with the publishers and its adoption of the so-called “agency model” for e-book pricing — have never been reviewed by the courts in a setting like this one, let alone found to “always or almost always tend to restrict competition.” There is no support in the case law or economic literature for the proposition that agency models or MFNs used to facilitate entry by new competitors in platform markets like this one are anticompetitive.

By Ilya Somin at The Volokh Conspiracy

A Turkish court is considering whether a doctor’s Facebook post comparing President Recep Tayyip Erdogan to Gollum violates a law forbidding insults against the head of state.

When Çiftçi’s lawyer Hicran Danışman challenged the chief judge for his reading of the complicated character, the judge admitted he’d only seen parts of the movies…

With that, the judge called for an expert panel to determine whether Çiftçi’s defense is valid. The group will comprise two academics, two behavioral scientists or psychologists and an expert on cinema and television productions…

As the author of several articles on the depiction of political issues in science fiction and fantasy literature (including one analyzing aspects of The Lord of the Rings), I would be happy to set the record straight by testifying that there is no insult to Erdogan here, because his record of human rights violations and supporting terrorists is far worse than anything Gollum ever did.

By Joe Palazzolo at the WSJ Law Blog 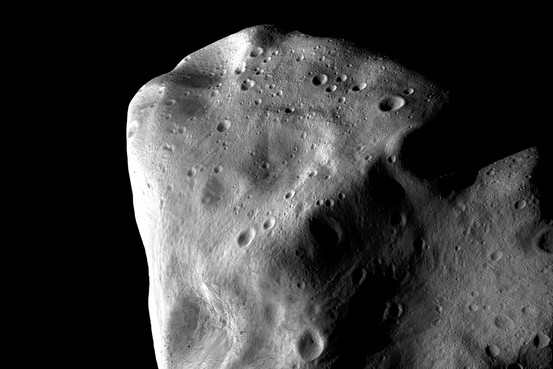 President Barack Obama recently signed a very forward-looking law that legalizes commercial asteroid mining. But it has met with skepticism from some experts in international law, who say the right to harvest resources from a space rock is not the U.S.’s to give.

The Outer Space Treaty of 1967 . . . says signatories should avoid “harmful contamination” of the Moon and other celestial bodies, which are “not subject to national appropriation.” But the treaty is silent on private property rights.

Julian Ku, a professor of international law at Hofstra University, said the law’s focus on private rights avoids a collision with the international treaty.

“All it does is allow private US citizens to ‘possess, own, transport, use, and sell’ extraterrestrial resources without violating U.S. law,” he wrote at the legal blog Opinio Juris.

Please feel free to pass articles and posts along to everydayshouldbetuesday at gmail.com.

Blogs on books at Every Day Should Be Tuesday (speculative fiction) and Hillbilly Highways (country noir and nonfiction). https://everydayshouldbetuesday.wordpress.com/ https://hillbillyhighways.wordpress.com/
View all posts by H.P. →
This entry was posted in Sundry and tagged Law & Speculative Fiction. Bookmark the permalink.