Review of The Shadow Rising by Robert Jordan

The Most Epic of Fantasy Series Becomes Truly EPIC 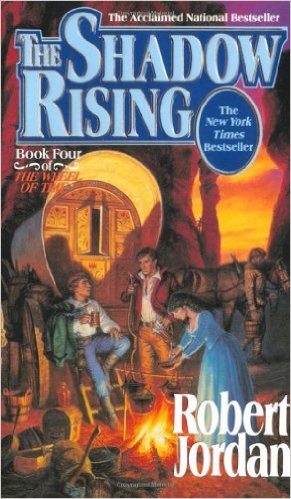 Plot threads no longer diverge and converge within a single volume. Instead, there are three main plot threads, each with a satisfying climax. The Shadow Rising is the first book in the series to fully feature Mat as a main character, fulfilling the potential he shows as a character in book 3. Perrin also really gets to shine. Only his role in book 13 compares.

Romance is not one of Jordan’s great strengths, but I believe he does it here, specifically in the first third of the book, better than anywhere else in the series. The roots of romance have had time to begin to flower, and the divergence of plot creates an easy tension for Jordan to exploit for drama, and most of the tics that will grate so on so many readers later on are still fresh. 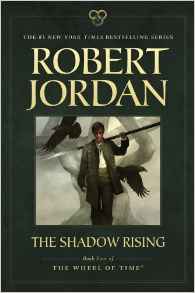 The “Scouring of the Two Rivers,” one of the few remaining direct analogues to The Lord of the Rings that remains at this point in the series, is a great plot thread in its own right, but it only tells us something about each of the characters from Two Rivers. We see what aspect of their personality causes them to choose to stay, and what aspect cause the lone character to return to do so.

The Shadow Rising heavily features the Aiel, a pastiche of Bedouin, Zulu, other African, Irish, and Native American cultures. They are, along with the Seanchan, one of two great “exotic” cultures created by Jordan. The two mystical Rhuidean sequences are among the best in the entire series.

The Shadow Rising is notable for having perhaps the worst print cover and perhaps the best e-book cover.

Blogs on books at Every Day Should Be Tuesday (speculative fiction) and Hillbilly Highways (country noir and nonfiction). https://everydayshouldbetuesday.wordpress.com/ https://hillbillyhighways.wordpress.com/
View all posts by H.P. →
This entry was posted in Book Reviews, Fantasy and tagged Epic Fantasy, Reread, Tor/Forge, Wheel of Time. Bookmark the permalink.

2 Responses to Review of The Shadow Rising by Robert Jordan