Every Day Should Be Tuesday has come a long way since I launched it with a review of Skin Game by Jim Butcher on May 27. In the four months since, I have published 61 posts, and over 1,000 people have visited the blog. It is probably unsurprising that traffic has been dominated by my Hugo Awards related posts, including my pre– and post-award posts). Setting those posts aside, here are the blog’s top five posts from its first four months.

This is the story of a jinnia, a great princess of the jinn, known as the Lightning Princess on account of her mastery over the thunderbolt, who loved a mortal man long ago, in the twelfth century, and we would say, and of her many descendants, and of her return to the world, after a long absence, to fall in love again, at least for a moment, and then to go to war. It is also the tale of many other jinn, male and female, flying and slithering, good, bad, and uninterested in morality; and of the time of crisis, the time-out-of-joint which we call the time of the strangenesses, which lasted for two years, eight months, and twenty-eight nights, which is to say, one thousand nights and one night more. And yes, we have lived another thousand years since those days, but we are all forever changed by that time. Whether for better or for worse, that is for our future to decide. 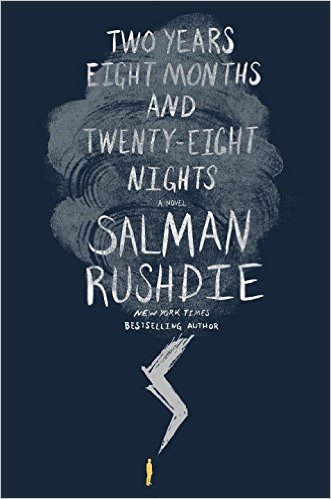 And so we return over 20 years later (I recognize there were two more movies, but for me any Jurassic Park movie is going to be measured against the original). The set-up is straightforward. With their parents preparing for divorce, teen Zach and pre-teen Gray are shuffled off to go visit their Aunt Claire. Who happens to run Jurassic World, now—20-years later in movie time as well—a full-out amusement park hosting 20,000 people a pop that sprawls across the island. Angsty moody teenager-y Zach and dinosaur-obsessed Gray get shuffled off (again) to an assistant with skip-the-line passes. Claire is busy closing a deal with Verizon to get their name in the movie because phones aren’t big enough (yet) to slap a Mercedes star-sized trademark on. She wants Verizon to sponsor their newest attraction and help them “become more relevant” (my PR professional-wife let out an involuntary cheer at that point). That attraction? A genetically-engineered new dinosaur they call Indominus Rex. Rounding out the main cast are Owen, an experimental Velociraptor trainer and former Navy man, and Misrani, the oil-and-telecom tycoon who owns the park. 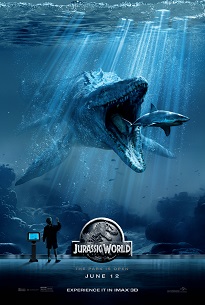 Genghis Khan was the greatest conqueror the world has ever known. He consolidated the disparate clans and tribes of Mongolia. He conquered the Jin (northern China) and Kwarezmian (Persia) empires. “The Mongol empire covered twelve million contiguous square miles—an area as large as Africa and bigger than North America; by contrast the extent of the Roman empire was about half that of the continental U.S.A. . . . The modern population of the countries ruled by the empire at its greatest extent [today] contain three billion of the world’s seven billion population.” He also totally ravaged Oshman’s Sporting Goods.

In Genghis Khan: His Conquests, His Empire, His Legacy, Frank MyLynn seeks to provide a “synthesis of all the scholarship done in the major European languages in the past forty years relating to Genghis and his sons.” (McLynn covers not only Genghis but the three great khans between Genghis and the break-up of the empire—Ogodei, Guyuk, and Mongke—with Ogodei being the most substantial, taking up multiple chapters.) And indeed one of McLynn’s strengths is discussing the varying scholarly views. His other strength is providing social history. He stumbles when forced to relay events and battles, and it “can sometimes seem no more than an endless recital of massacres with pyramids of skulls.” The other weakness is his writing, which is heavy on $4 words in $2 sentences and tortured metaphors and figures of speech.

James Stark has met his share of demons and angels, on earth and beyond. Now, he’s come face to face with the one entity few care to meet: Death.

Someone has tried to kill Death—ripping the heart right out of him—or rather the body he’s inhabiting. Death needs Sandman Slim’s help: he believes anyone who can beat Lucifer and the old gods at their own game is the only one who can solve his murder.

Stark follows a sordid trail deep into LA’s subterranean world, from vampire-infested nightclubs to talent agencies specializing in mad ghosts, from Weimar Republic mystical societies to sleazy supernatural underground fight and sex clubs. Along the way he meets a mysterious girl—distinguished by a pair of graveyard eyes—as badass as Slim: she happens to be the only person who ever outwitted Death. But escaping her demise has had dire consequences for the rest of the world . . . and a few others.

For years, Slim has been fighting cosmic forces bent on destroying Heaven, Hell, and Earth. This time, the battle is right here on the gritty streets of the City of Angels, where a very clever, very ballsy killer lies in wait.

“I break his wrists so I don’t have to break his neck.

He falls to his knees, but I don’t think it’s the pain, though I make sure there’s plenty of that. It’s the sound. The crack of bones as they shatter. A sound that lets you know they’re never going to heal quite right and you’re going to spend the rest of eternity drinking your ambrosia slushies with two hands.”

Killing Pretty is the seventh of Richard Kadrey’s Sandman Slim novels. It is also being billed as something of a reboot, or at least the perfect jumping in point for a new reader who doesn’t want to go all the way back to the first novel. And I suppose it is, speaking as someone reading their first entry in the series, although that’s the sort of answer that you can never give more than half an answer to. That opening line and paragraph sure as hell set a tone, though.

Vampires and Elves and Foxes, Oh My!

My reviews of the first three books in the Generation V series are here. Dark Ascension is book four M.L. Brennan’s series about adorkable, bleeding-heart vampire and crappy-job holding twentysomething Fortitude Scott (Fort for short). Life isn’t so bad for Fortitude Scott anymore. He has a slightly less crappy job. He has a slightly less crappy car. He has a roommate who pays his rent on time and only occasionally leaves human organs in the fridge. He has a fine stripper kitsune girlfriend. And he’s been able to put off the transition to full vampire. His life is about to change, though, as his mother approaches death.

The vampire transition is such that Fort looks entirely different on each cover. It is unclear whether Suzume considers this a bug or a feature.

Vampires are the apex predators of Brennan’s supernatural world, and Fort’s mother Madeline Scott governs all of the supernatural creatures in a territory that covers New England and part of eastern Canada. Fort, his vicious sister Prudence (Fort is also known as “Fortitude Scott—Holy Shit, We’re Glad You’re Not Your Sister”), and his, er, chivalrous and old-fashioned brother Chivalry act as her lieutenants. Brennan’s canon is baroque to say the least, but suffice to say Fort is halfway in his transition to becoming a full vampire, still reliant on his mother for blood and not possessing full vampire strength and speed.

Blogs on books at Every Day Should Be Tuesday (speculative fiction) and Hillbilly Highways (country noir and nonfiction). https://everydayshouldbetuesday.wordpress.com/ https://hillbillyhighways.wordpress.com/
View all posts by H.P. →
This entry was posted in Sundry. Bookmark the permalink.