The last time I read The Wheel of Time was in anticipation of A Memory of Light.  The culmination of the series was a big deal for me.  I discovered The Wheel of Time shortly after The Shadow Rising (book 4) was released, which means I waited over twenty years for the series to finish.  I was a kid when I started reading it and a man when the series concluded.  In the interim I lost two immediate family members, graduated from high school, college, grad school, and law school, got my first job, got my first real job, got my first promotion, changed careers twice, lived in four states.  The Wheel of Time was a constant through all of that.  It may be the only reason I read fantasy today—for the better part of a decade I would not have read any fantasy but for a new Wheel of Time book every two or three years.  It was the excitement that the book would be finished that turned me back toward fantasy permanently.

As a kid, I reread the books obsessively, rereading each at least once in anticipation of the next book.  Later I would read the newly published book once and leave it at that.  Once I even *gas* went months after publication before buying the newest book.  A hectic life since A Memory of Light kept me from a full reread.  I got married, became a father, changed careers again, and lived in two more states.  Oh, and started two blogs.  My desire to write reread posts here was part of the delay.  Rereading four million words and writing about them is a much bigger commitment. 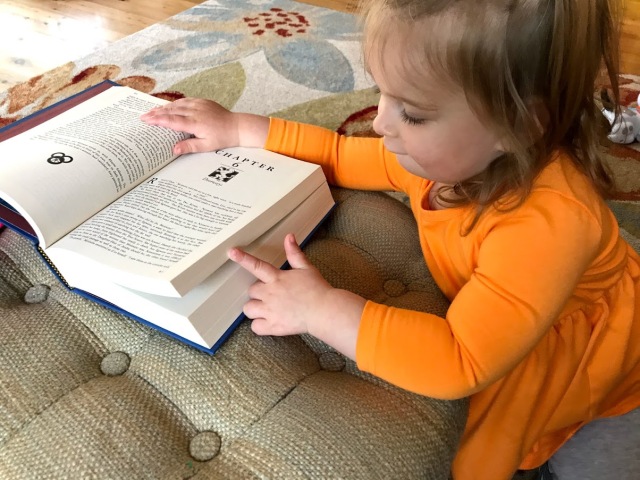 END_OF_DOCUMENT_TOKEN_TO_BE_REPLACED

I am thankful this Thanksgiving season to have a high quality, high production value TV adaptation of my favorite fantasy series of all time.

SPOILERS abound below.  Mostly for the first four episodes of the show, but there will be a few book spoilers sprinkled in as well.

My posts will start with a recap then give a reaction.  The episode cuts multiple times back and forth among the three groups, but I will (mostly) keep them together for the purposes of my recap.

It’s happening!  And five hours early![1]  I watched the first three episodes Thursday night (and started this post) and then watched them again tonight (and finished this post).  If I can convince a member of my wife’s family, I will binge the first four episodes next week.  I have quibbles a-plenty, but we get a high-production value, largely faithful, and genuinely good adaptation of my favorite fantasy series.

SPOILERS abound below.  Mostly for the first three episodes of the show, but there will be a few book spoilers sprinkled in as well.

My posts will start with a recap then give a reaction.  I have this post structured to include all three recaps in a row, then three episode reactions, then an overall reaction to the first three episodes.

In which the ta’veren three (and Hurin!) escape Falme but don’t get away, thousands of Seanchan and hundreds of Whitecloaks trap the four, Mat makes an impulsive decision to blow the Horn, Geofram Bornhald leads a doomed charge, Rand meets some old friends, Perrin becomes the Dragon’s Bannerman (which isn’t as important as it sounds), Rand fights Ba’alzamon in the skies above Falme, the fight below is curiously linked to the fight above, Rand rips off The Karate Kid, Lanfear leaves a final threat, Moiraine shows back up to drop some last minute exposition

It was a long time before Jordan gave us a Wheel of Time book that didn’t end with a BAM!  The last couple chapters are great, but things really get ramped up here.  Jordan likes to make us wait for things, sometimes for half a dozen books after laying down some heavy foreshadowing.  But the Horn is revealed at the very end of book 1 and blown by the end of book 2.

(If this post looks like crap, it is because the Block Editor is even more unusable than usual today.)

In which Nynaeve, Elayne, and Min capture a sul’dam and discover she can be leashed, five ride forth into Falme, Mat gets distracted by a naked lady, the Horn and Dagger are recovered, Rand spots Egwene, Rand faces off with a blademaster and kills a man, Mat tests the durability of the Horn, Egwene is rescued and exposes the secret of the sul’dam, Nynaeve pronounces justice, Seanchan and Whitecloak armies muster, and Ingtar reveals a terrible secret and attempts redemption.

The climax of book 2 of The Wheel of Time has arrived!  Though maybe it is a fake climax, with the real climax to follow.  Or a small climax before the big climax.  Any time you can pull off multiple climaxes it is well received, in my experience.

In which Nynaeve, Elayne, and Min hatch a plan, Bayle Domon reappears just in time to ostensibly be useful, five ride forth, Perrin sees Whitecloaks again, the Whitecloaks sneak half a legion onto Toman Head

These would be an easy two chapters to skip past to rush to the climax.  I certainly have done so on each reread.  Writing twenty years ago, I wouldn’t have found much to savor here.  But I won’t to dwell on my newfound favorite (or almost favorite) character: Nynaeve.

The Wheel of Time turns, and Ages come and pass, leaving memories that become legend. Legend fades to myth, and even myth is long forgotten when the Age that gave it birth comes again.  In one Age, called the Peak TV by sone, an Age yet to come, an Age long past, the official trailer for a TV show rose above the great mountain- and sea-ringed valley of Hollywood.  The show was not the beginning.  There are neither beginnings nor endings to the Wheel of Time. But it was a beginning.

After labeling the first trailer a “teaser,” we get another full trailer labeled the “official trailer.”  This one didn’t jack my excitement up like the first one did, but that is because it remains high from the first one.  I won’t (or at least will try not to) dwell on this one as long as I did the first one, but that is because of the nature of this one.  This trailer is much more about setting up the conventional story book readers know and love.  It doesn’t have as many surprising points (although we do get some impressive and exciting visuals).  For the most part, my wild speculation about how the season will play out remains intact after this trailer.  Not that that will stop me from adding some new speculation.

In which Egwene trains as a Novice and continues to bond with her new girl group, a member of the Black Ajah kidnaps the very credulous Supergirls, Egwene is collared while Nynaeve and Elayne escape but immediately head to Falme, Rand and company also head towards Falme, and Elayne channels recklessly and steals some apples.

I have a terrible confession to make.  I hated the Supergirl chapters when I reread The Great Hunt as a tween (The Great Hunt used to be my favorite Wheel of Time book, so it is probably the Wheel of Time book I have reread the most times).  I frequently skipped those chapters.  I was surprised to realize this reread that we actually spend very little time with the Supergirls in Tar Valon.

This is another set of transition/setup chapters—getting the Supergirls to the same place Rand et al. are headed—but they are also immensely important because it is here that Egwene is first collared, and her experience as a damane will leave a deep mark on her character for the rest of the series.

As you can probably guess from the title of this post and the lack of month-in-review posts from the last two months, I decided to switch from a month-in-review to a quarter-in-review.  I am posting so seldom across both blogs these days that doing these posts every month hardly seemed worth it (although now I wind up with a very long list of books acquired and read).

The resumption of the academic year has introduced the usual chaos, although I am starting to get into a new rhythm at my new university.  We are pretty well settled in our new house at this point and doing better at keeping a certain amount of forward momentum. We are working on getting an entire wing of the house redone before the end of the year (paying for someone else to do everything this time), and I have been doing almost as much work over at my mom’s house as here.  I don’t want to let my health fall by the wayside as life grows hectic again, but at least the work around the houses involves a certain amount of physical exertion.  And I did make it out on the water a total of seven times this summer, including five times in my new kayak.

The Bitter Fruit of War – Necessary Evil by Ian Tregillis

Necessary Evil is one of those final books in a trilogy (the alternative history fantasy Milkweed Triptych) that is impossible to talk about without badly, badly spoiling the prior two books.  So if you haven’t read Bitter Seeds and The Coldest War—go! Now!  (Or at least read my reviews of the two first.)  Tregillis provides quite a bit of exposition and explanation of prior events (perhaps too much, although I found myself a bit lost at times), but it’s no replacement for the first two books in the trilogy.  You really need to read them to properly appreciate Necessary Evil.

Last week I broke down the first trailer for Amazon’s adaptation of The Wheel of Time. This week I break down the season by episode. We know that the season will be eight episodes and the episode titles for six of the eight episodes (you can find an episode list with writers, directors, and air dates at Dragonmount.com). We know from showrunner Rafe Judkins that season one will cover most but not all of book one and include some material from book two. I think we can infer quite a bit from the first trailer. There is a lot of wild speculation below, but I tried to keep it true to both what we already know and the storytelling demands of the medium.